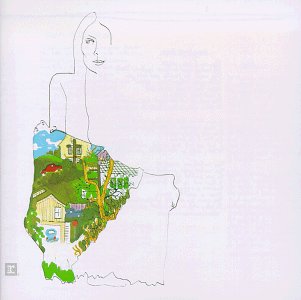 artist’s sketch of the whistleblower

In what may be an advance preview of the next Recreation Management Strategy, a whistleblower has come forward with information indicating plans afoot to pave the entire Forest to put up a parking lot. The whistleblower, only willing to be identified by the handle JMitchell@CanyonLadies70, has hinted at other coming developments, but it is unclear whether these plans are from the National Park Authority or the District Council.

For now, the locations are vague (a comment about boutiques has suggested Lyndhurst), but, with some deduction, there is a chance that the Lyndhurst Park Hotel will be released from its development limbo to reopen under a fresh coat of pink paint and with a new entertainment venue described as a “swingin’ hot spot”.

The deforestation resulting from this paving project will require relocation of some conifers, and ostensibly large deciduous plants for viewing by the public. Another surmise is that this display may be in the New Forest Centre. However, no representatives of the Ninth Centenary Trust who run the Centre could be contacted on this proposed conversion of the Centre to a tree museum, nor the plan to abandon the Centre’s free entry policy to charge the people a dollar-and-a-half (just over £1 pound sterling, as determined by American tourist focus groups, as what it would be worth “just to see ‘em”).

The Forestry Commission has also been unavailable to comment on whether the proposed deforestation is within the scope of their Forest Design Plan, and the rumour that glyphosate may not be available post-Brexit, requiring use of the even more controversial DDT for control of pest plants like the non-native rhododendron. The informant did express concerns, which we believe are unfounded, that this may affect their right to forage for apples on the Crown Lands; although we do concur with worries over the effect of the pesticide on birds and the declining population of bees.

When asked why he/she had come forward, the whistleblower said that people “don’t know what they’ve got till it’s gone”. In this reporter’s experience it does always seem to go that way. When confronted with the NFA’s research showing no known basis of these plans from any of the relevant authorities, the informer fled the café, slamming the screen door on the way, and hopped in a big yellow taxi which sped off.

It is not known whether there will be car parking charges or a clock scheme. An unidentified Natural England contact may have stated “we welcome this plan as it will give visitors a place to put their cars when they come to use the boardwalk we’re erecting around the entire coast.”

The New Forest is a gem of biodiversity which needs our protection. Hopefully higher profile global policies will help. ... See MoreSee Less

NFDC have proposed Public Space Protection Orders to address the inappropriate feeding and petting of Forest livestock and banning barbecues from the Forest. Both the council and the BBC have noted our Byelaw Watch's contribution to their evidence. ... See MoreSee Less

🐖 --PANNAGE EXTENSION-- 🐖 This year's pannage has been extended to the 9th of December due to the large fall of acorns. 🐷 🐷 ⚠️ Remember to keep your distance from all animals in the New Forest, pass wide and slow when using the roads and do not feed them! #PassWideandSlow#Keepyourdistance#RealNewForest#NewForest#Pannage#Pigs ... See MoreSee Less
View on Facebook
· Share